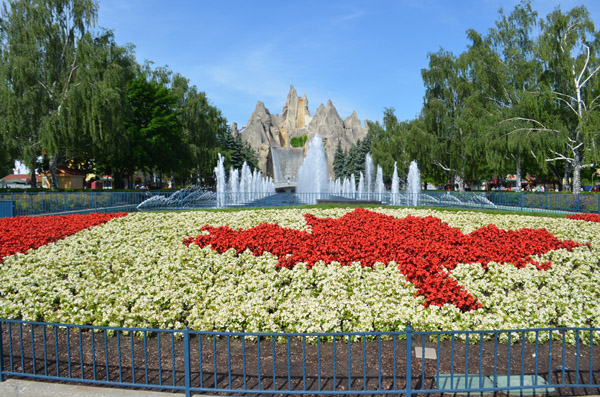 Canada’s Wonderland in Vaughan, Ontario will open for the season on April 30, 2022, with five live shows and 12 festivals and events, three of which are new this year.

The park has already set up a program which extends from May to the end of December, and other animations will be announced during the year.

“WoofJock’s Canine All-Stars” – A live show featuring choreographed tricks, flips and athletic skills from May through June (dates to be announced).

‘Tundra: A Circus Experience’ – Witness the humorous tail of Canadian exploration in this spectacle of acrobatics, aerial art and bike stunts, presented at the Canterbury Theater from June 24 to September 5.

“Victoria Falls High Divers” – Watch daring dives from the top of Wonder Mountain into a pool 60 feet below. The shows take place from June 25 to September 5.

‘Fall Out – Stunt Dive Show’ – In another feat of diving expertise, this June 25-September 5 stunt show pits athletes against each other on trampolines and high dive towers.

Events and festivals for 2022:

Fireworks (May 22, July 1, July 31 and September 4) – The night sky above Canada’s Wonderland lights up with a spectacular display of light and color, all set to a choreographed soundtrack .

Brew & BBQ – The annual festival of live music, craft beer and cider, and a summer-inspired menu that includes ribs, gourmet burgers and barbecue chicken returns to the park June 24-26.

KidZfest – It’s all about family fun when the Marvel Super Heroes show up! Play interactive games, take part in various activities and enjoy live entertainment, plus dance with the Peanuts gang as they host kid-friendly dance parties during the annual festival, which runs from July 23 to August 7 .

Oktoberfest – The annual two-weekend celebration of all things German takes over the castle courtyard from Medieval Faire during this autumn festival, showcasing German-themed dishes such as sausages, schnitzels and Bavarian pretzels, as well as mugs of cold beer. Experience the festival from September 10 to 11 and from September 17 to 18.

Camp Spooky – The Peanuts gang returns for a Halloween filled with trick or treats, costume parades, live performances, interactive games and more, at this family-friendly event that takes place every weekend from September 24 to October 30.

Halloween Haunt – Things get really spooky when hundreds of monsters invade the park, the spooky areas give guests goosebumps, and the live entertainment is truly terrifying. Visit some evenings from September 23 to October 31.

WinterFest – This is the premier annual event of the Christmas season, filled with holiday magic. Watch ice skating shows, take in performances and enjoy festive food on select nights from November 18 to December 31, all against the backdrop of millions of twinkling lights.

Taste of Portugal – Celebrate the charm of Portugal on August 13 and 14 through street entertainment and traditional dishes such as roast chicken and crispy Portuguese cream pies.

Taste of Ireland – It’s the turn of the Emerald Isle from August 20-21, as Canada’s Wonderland brings Celtic music and dancers to the park, as well as Irish fare including Guinness BBQ pork chops, shepherd’s pie and desserts such as Guinness Chocolate Cake and Butterscotch Apple Cake.

For more information and to view the updated schedule as events are added, visit CanadasWonderland.com.

Pets of the week | ClarksvilleNow.com

measure would ban the sale of dogs and cats in pet stores | News, Sports, Jobs