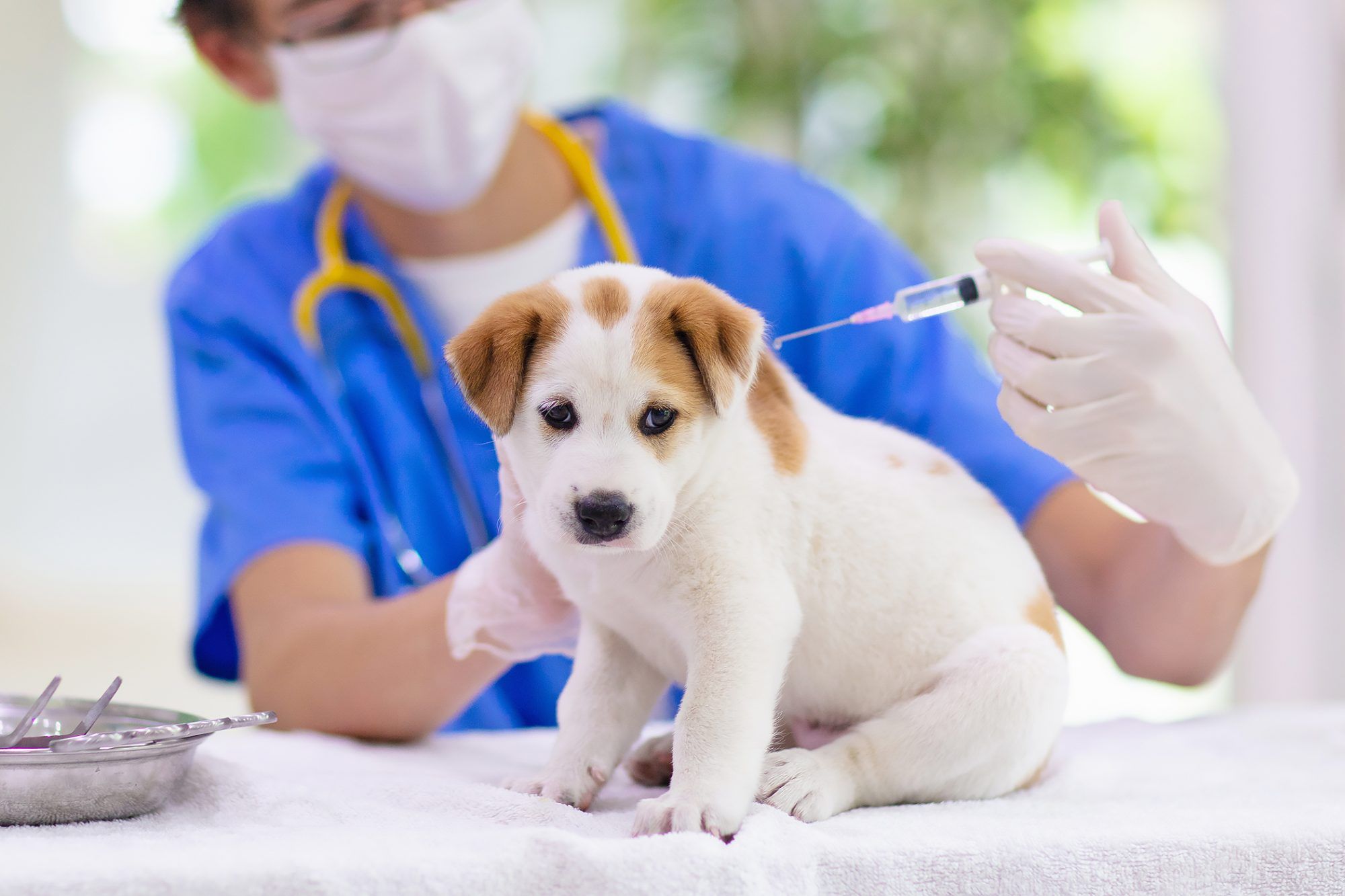 Anyone who has ever had a pet knows how important it is to have it vaccinated in time to protect it against all known diseases, whether minor or major. When it comes to dogs, vaccination is essential early on, along with periodic booster doses thereafter. The full range of puppy vaccines begins at 6-8 weeks of age and should be completed within 12-16 months, after which booster doses usually begin, most once a year.

So, to make life easier for pet owners everywhere, we’ve detailed the five most important vaccines for your canine friend!

Rabies is a deadly “zoonotic disease” that can also spread from animals to humans. Rabies is transmitted by the Lyssa virus, invading the central nervous system and causing headaches, anxiety, hallucinations, excessive drooling, increased aggression, fear of water, paralysis and death in almost 100% of cases in case of infection ! Therefore, the first and then periodic rabies vaccines are essential to protect your four-legged friend, from the age of 12 weeks.

Distemper, also known as distemper, is a highly contagious viral illness that can lead to acute gastrointestinal problems, respiratory problems such as a severe cough with pus-like discharge from the eyes and nose, and even fatal convulsions and paralysis. There is no effective treatment for distemper and vaccinations from 8 weeks old are the only way to protect your dog.

Yet another highly contagious and potentially fatal disease, canine parvovirus is an extremely resistant DNA virus to which young puppies and older dogs are particularly susceptible. Symptoms usually include severe vomiting, high fever that can reach 41.5°C and bloody diarrhea. Without treatment, young dogs can die from dehydration or poisoning within 72 hours of illness. In fact, even animals that have survived the disease can succumb to long-term consequences within a few years, including immunodeficiency and heart problems. Parvovirus vaccinations also begin at eight weeks of age, along with three more injections.

Caused by canine adenovirus 1 (CAV-1) which is usually transmitted through water or food containing urine, and can cause a number of symptoms including fever and inflammation of the eyes and kidneys. Without proper treatment or vaccination, from eight weeks of age the virus can quickly reach the liver, causing fatigue, vomiting and diarrhea, and even death, in young dogs or those with weaker immunity.

Yet another zoonotic disease, leptospirosis is caused by bacteria and could most likely show no symptoms, making it particularly dangerous for animals and humans. This is caused by Leptospira bacteria, commonly found in contaminated soil or water, this highly infectious disease can cause severe organ damage in young dogs or immunocompromised dogs, often resulting in death. As such, leptospirosis vaccinations are also essential for the continued good health of your four-legged friend, starting at eight weeks old.

While these are the five most basic yet essential vaccinations for your canine companions, they may also require additional shots for other illnesses, including coronavirus, throughout their lives. For comprehensive advice and easy planning and monitoring of your dog’s vaccinations, you can get in touch with DCC Animal Hospital’s wide range of experienced and knowledgeable veterinarians!