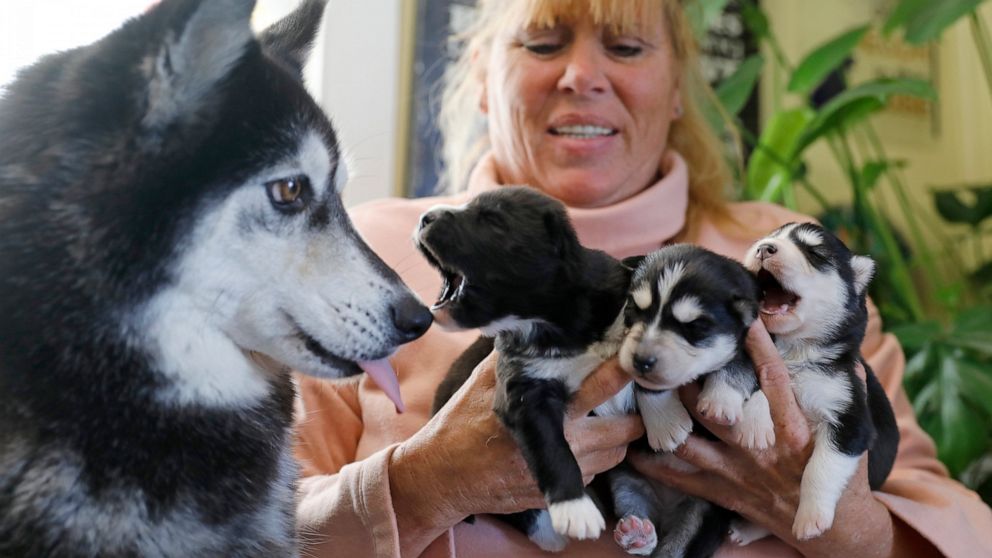 Another newborn husky stolen from a Virginia pet salon with five others has become the latest to find its mother, but the dogs’ owner says two others are still missing

HAMPTON, Va. – Another newborn husky in a litter of six that was stolen from a Virginia pet salon has been found, but the dogs’ owner says two puppies are still missing and need to be reunited with their mother.

Bandi Murdock, owner of dogs and pet salon Critter Cleaners in Hampton, Va., said the female pup returned on Sunday was the fourth recovered, the Virginian-Pilot reported. The six puppies were stolen from the business on Friday morning and three were found earlier.

Hampton Police announced on Saturday that a homeless man has been charged with breaking and entering Critter Cleaners, pet theft and other crimes related to the theft of the puppies, each about 2 weeks old.

Officers and the business owner said someone entered through a window and took the money and the puppies early Friday. Surveillance video showed a man preparing a meal, showering in the dog bathing area, watching TV and ransacking the store before tearing up security cameras, Murdock said.

A woman contacted police on Sunday to report that her boyfriend had purchased one of the puppies and that she wanted to return it to the owners, Murdock said. Officers meet with the woman and Animal Control checked the puppy. Murdock said she and her husband gave the woman a $100 reward and then rushed the pup to her mother, Nala.

Three other puppies were recovered earlier, including two found by police at the home of an acquaintance of the suspect and a third returned by a woman who said she bought the puppy for $100, according to Murdock. She said she also repaid this woman.

“Everyone is doing great,” Murdock said of the four recovered puppies and their mother. “They were all very hungry, but they are all fine.”

She demands the return of the last two puppies, saying it is critical that they are nursed by their mother until they are at least four weeks old. Anyone with information about the two remaining puppies is asked to contact Hampton Police.