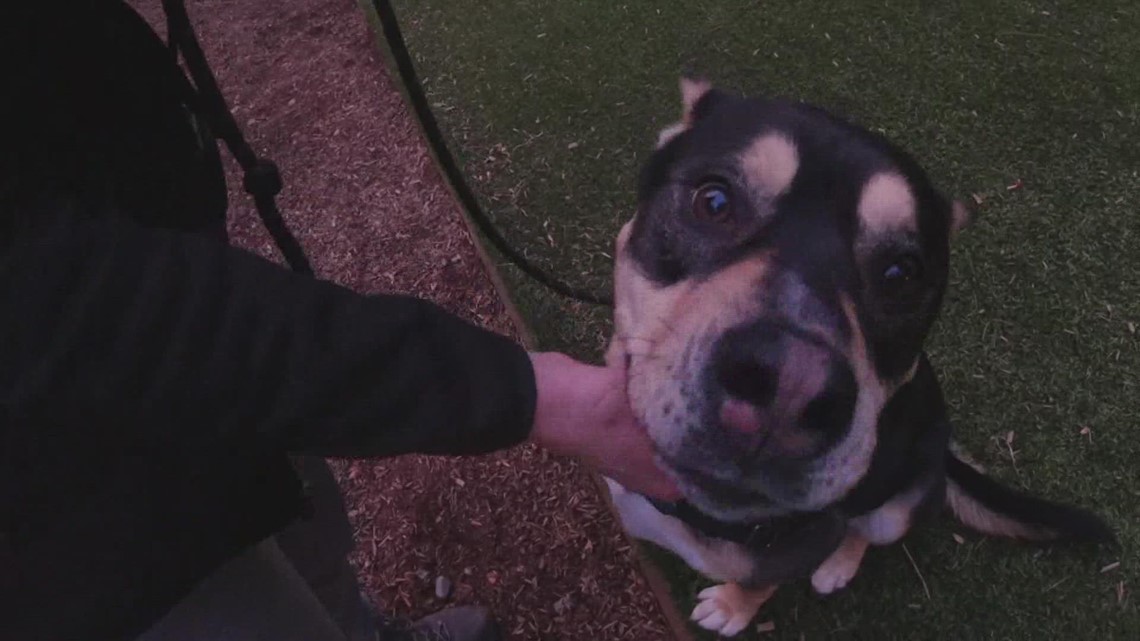 The Pasado Shelternestled in a rural part of Monroe, has been advocating for animal safety and rights for 25 years.

The 85-acre space provides shelter and rehabilitation shelter for dogs, cats, and even farm animals like pigs, sheep, and goats.

Perciful said some of the animals they receive come from households that have experienced domestic violence. Bubba, a four-year-old Rottweiler mix, is one such rescue.

Perciful said the dog arrived from Marysville over a year ago with a skin condition and open wounds resulting from neglect. She said Bubba’s landlord was a victim of domestic violence and eventually had to leave his house and Bubba.

“Whether it was to get revenge on her or to get mad at the dog, he let Bubba down in horrendous conditions,” Perciful said.

Today Bubba is healthy and full of energy after months of rehabilitation. Cases like his can now be approached differently in court.

A Washington Supreme Court opinion published last week, states that cruelty to animals can be designated as a crime of domestic violence.

The decision stems from a 2018 animal abuse case in Tukwila.

“It doesn’t create a new crime, but it does allow for additional protections for the human victim,” said Kirsten Gregory, director of Pasado’s Safe Haven of Animal Cruelty Response & Prevention, who is a practicing attorney.

Perciful said the court’s opinion made sense and was happy to see it.

“You often have people who may not inflict physical violence on their partner or the person, but they know the way to hurt them is to go to whoever they love,” Perciful said.

Bubba is now up for adoption. Interested persons can apply here.

Why Dog Haus is excited about the future of ghost kitchens