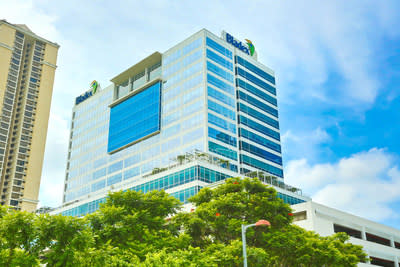 Founded in 1993, Forum is the automotive finance industry leader in Chile. The Company is a 100% subsidiary of BBVA and offers car loans and rentals to individuals and companies for the purchase of vehicles (light and heavy) and motorcycles. The Company has US$1.8 billion of total assets, and $331 million in total equity and is rated AA- (local) by Fitch.

The agreement constitutes the first international syndicated facility for Forum. Proceeds from the facility will be used for portfolio growth and repayment of existing debt.

Sebastian Barbarossa, Forums CFO, said: “This financing once again demonstrates the solidity of the company and the confidence that the market places in Forum. We are very pleased with the success of the syndication that has been carried out, initiating new relationships with most banks, which will enable us to further diversify our sources of financing on international markets”.

The transaction prompted commitments from financial institutions in the South Americathe Caribbean, Europe, Asiaand United Statesmany of which represent new banking relationships for Forum. There was a 1.8x oversubscription, which allowed the Company to increase the amount of the facility to $127.5 million from its initial objective of $70 million.

Carlos DeAlvearregional manager of South America and Mexico of Bladex, said, “Bladex is very pleased to have successfully executed the first international syndicated loan for Forum, which provides the company with access to new banking relationships and medium-term financing. This transaction marks the first syndicated loan arranged by Bladex in Chile and adds to Bladex’s credentials of more than 60 transactions arranged in Latin Americahighlighting the Bank’s distribution capabilities and its access to an extensive network of regional and international financial institutions.”

Bladex, a multinational bank originally created by the central banks of Latin America and Caribbean country, launched operations in 1979 to promote foreign trade finance and economic integration in the region. The Bank, whose head office is in Panamaalso counts with offices in Argentina, Brazil, Colombia, Mexicoand The United States of Americasupporting regional expansion and serving its customer base, which includes financial institutions and corporations.

lamex is listed on the NYSE in The United States of America (NYSE: BLX), since 1992, and its shareholders include: central banks and public banks and entities representing 23 Latin American countries; commercial banks and financial institutions; and institutional and retail investors through its public listing.

Can I use a home equity loan to buy a car?