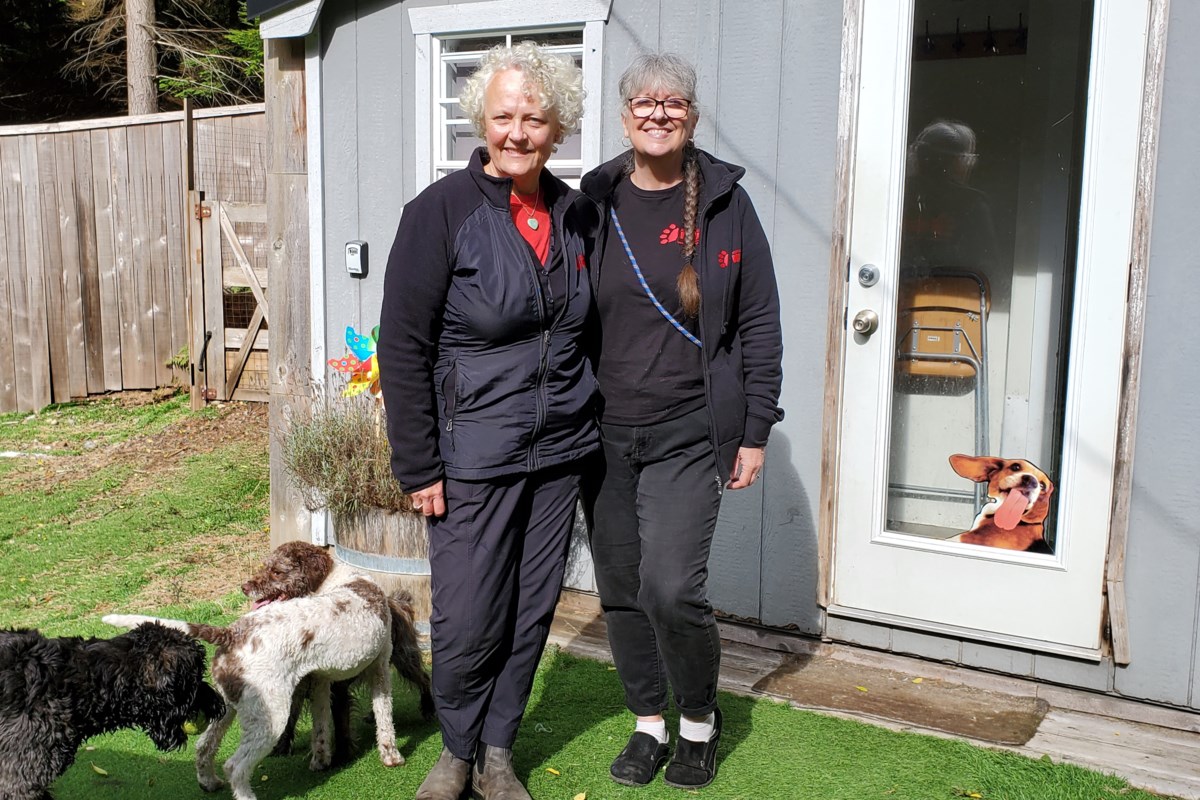 Owner Karen Munro returned to the helm, and she also brought some new faces, as the Bowen Island Dog Ranch once again opened its doors to guests.

The boarding school is once again welcoming visitors of the two-legged – and especially four-legged – variety after an eight-month hiatus. The future of the ranch was very uncertain during this time, but it has now emerged stronger on the other side.

Residents of Bowen are likely familiar with the location of Adams Road, which has been in operation since 2007. Munro saw the sprawling wooded and hilly terrain as the perfect location for a dog boarding operation, with plenty of room for pets. buildings as well as free range areas.

Munro says she was inspired to start the business after an unsuccessful search for a similar facility she would be comfortable leaving her dogs in. After a few months of renovations, especially in the main barn which now serves as a home for most of the dogs, it was time to start receiving guests.

“We built it and they came,” says Munro.

The barn renovations included adding an extra level, better insulation and plexiglass doors so the dogs could watch each other from their stable. “We wanted something that was as user-friendly as it was safe. We didn’t want cages and fences, I wanted it to be a dog friendly place. But I also wanted the dogs to be able to see out of the rooms… It’s a very functional building,” says Munro.

It’s not just the layout that has been carefully crafted – Munro has also worked on the aesthetics. “We play spa music, sleep music. It’s storytelling or spa music specifically for dogs, and it really calms them down more than anything. And we have a nightlight in there. It’s as user-friendly as possible, other than bringing them home,” she explains.

The boarding center thrived for more than a decade, but like so many businesses suffered once the COVID pandemic hit in early 2020. Fewer people traveling meant more time at home – and many fewer dogs needing a place to stay. Reservation cancellations and staff layoffs have become a reality at the ranch.

However, a new opportunity has arisen to help keep things afloat. People stuck at home led to a boom in puppy adoptions during the pandemic – puppies that needed training. The ranch pivoted to training in the summer of 2020, and thanks to this new avenue, the doors could stay open.

Fate dealt the ranch another blow the following year, however, as Munro and his head trainer developed health issues that forced them to step away from their duties. When his trainer decided not to return to the ranch, the business was left with no one to run it.

On the same day, torrential rains washed out the main path leading from the road to the property, making it inaccessible to vehicles.

Ultimately, Munro said she was unable to find the right owners for the space. Some potential buyers weren’t interested in pursuing dog boarding and training, and some dog rescues simply couldn’t afford the price. After several months of trying, “I just decided to reopen it myself,” says Munro.

July 28 of this year was the official reopening, but Munro had let it be known before that she was planning a return. “As soon as I announced it (reopening) at the end of June, people were absolutely thrilled that I was reopening. A lot of people hadn’t found anywhere else to take their dogs that they would trust,” she says.

Munro was now back on her feet after the operation, and this time around she had plenty of help at her disposal. Kathy Gagner is the ranch’s new manager and is part of a total staff of 10, including nearly all of Munro’s previous boarding crew from last year, as well as a vet tech. “I wouldn’t have reopened without them,” says a grateful Munro.

The enriched pension includes games with the dogs, as well as hikes or days at the beach. “We’re just using their brains more than the average day… The property already gives the dogs a lot of exercise, but it’s not one-on-one,” Munro says.

Most dogs arrive from the North Shore and Vancouver and are picked up on Monday and Thursday morning trips to the mainland. There are also day camps available during the week as a short term option.

“Physically, until May (2022), I didn’t know if I could function,” Munro says of how close the operation was to closing for good. She is still on the lookout for certain positions, including trainers and groomers, but has been happy with the way things have been for two and a half years.

“It was exciting to reopen, because it’s a new era… It’s been very difficult – but we’ve been through it, we’re in the fall now and the systems are back in place. Things are going really well,” says Munro.