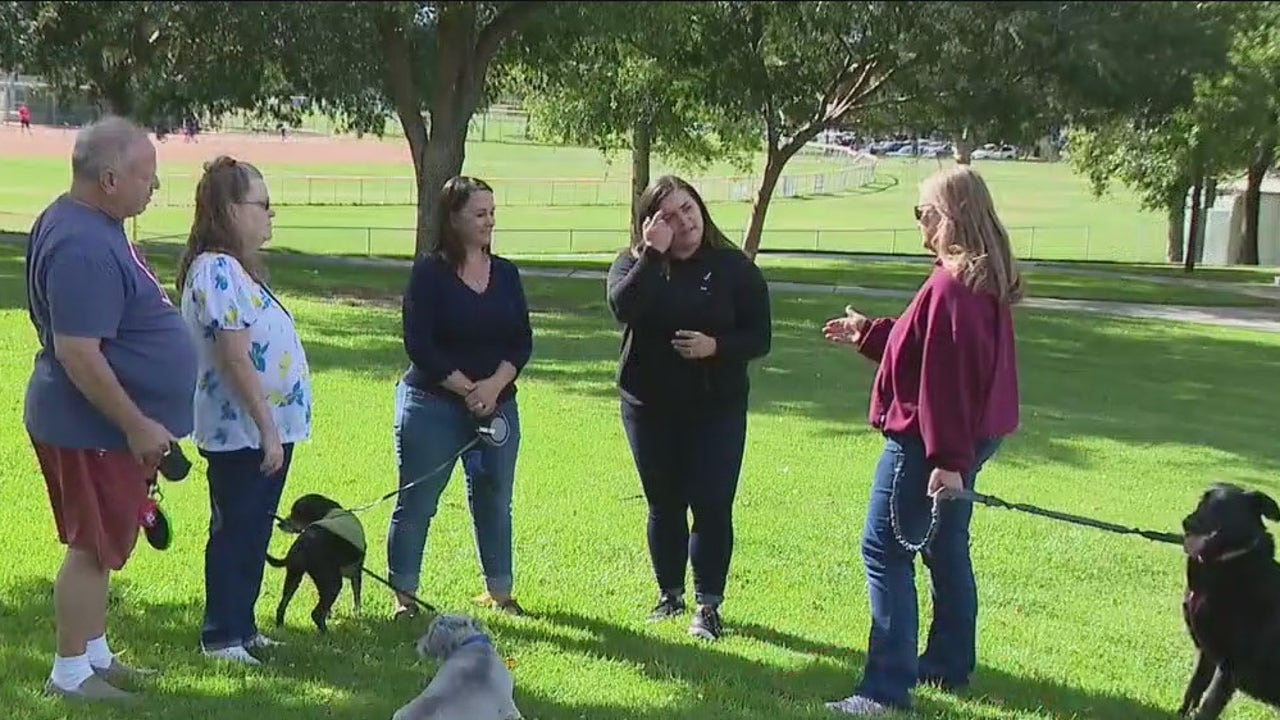 Neighborhood watch has gone to the dogs, literally, in Corona.

The program is sponsored by the National Association of Town Watch (NATW), which coordinates local law enforcement with people who walk their dogs to improve community safety.

Essentially, they train residents who walk their dogs to be the eyes and ears of law enforcement. “They can’t be everywhere,” says one participant we spoke to. “So that’s where we come in.”

After training in certain basics, like teaching that a person is not a crime, a behavior is, humans pay attention to things that are out of place during their walks. Group members receive dog bandanas and other items with the non-emergency response number to the police department, to which they call for tips.

Julie Trapp, walking her shepherd mix, Onyx, has been on the program since 2019.

“You don’t approach or confront people,” she explained. “But I called [police] after seeing a couple of young men sitting in a car that I don’t recognize as neighbors. “In this circumstance, Trapp said she later saw these men walking around houses checking windows and doors. This is a typical wrap-around example of neighborhood behavior, and not likely friends. waiting for someone to come home. A passing patrol car usually drives a possible criminal away and avoids the area, stopping the crime.

“They know their neighborhood,” explained the Corona PD crime prevention specialist who runs the program for that city. “It’s something that has definitely had an impact on the community, we’ve reached hundreds of people since we started in 2019.”