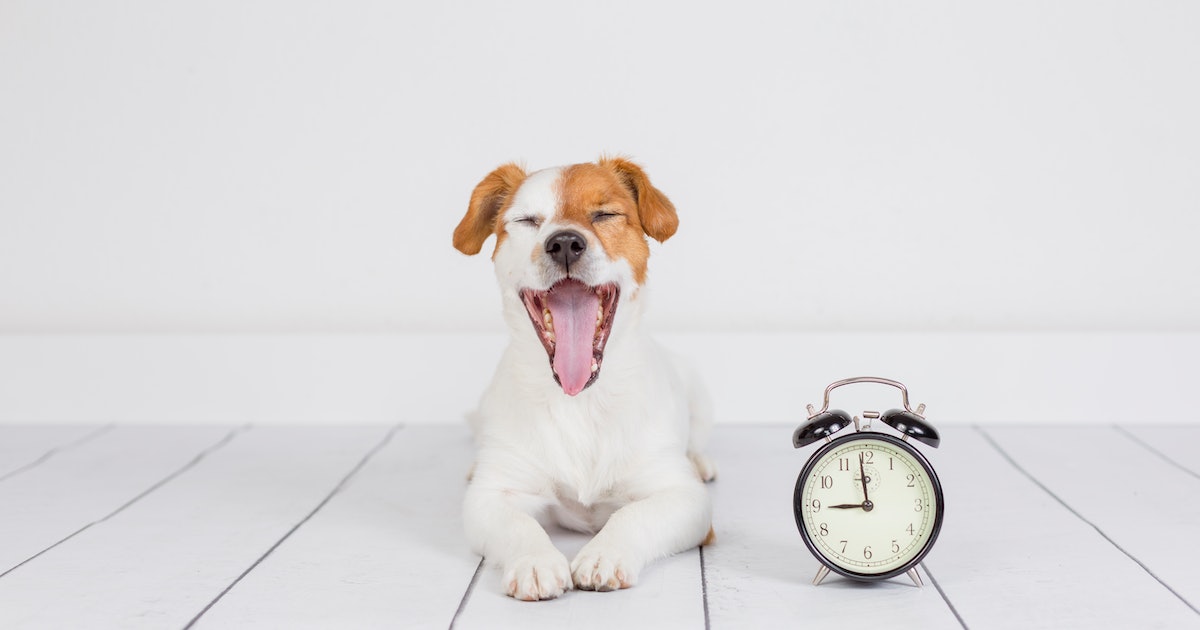 Can our furry friends understand the passage of time the same way humans can? This baffling question has long baffled canine cognition researchers and veterinarians, but recent research may finally be close to an answer — and it may even help pet owners better understand their puppies.

Do dogs have a sense of time?

If you’re a dog owner, you may have heard a myth that dogs don’t have a sense of time. According to this myth, there is little cognitive difference for them between, say, two minutes and two hours.

In this sense, Yui Shapard, small animal veterinarian and educational director of the Association of Asian Veterinary Medical Professionals, says that a minute of pain can seem “eternal” for a dog.

“Similarly, when their humans leave them at home even for 30 minutes or three hours, for the dog, it doesn’t matter how long,” she says. And “because dogs don’t have a clear conception of time like us humans, they always live in the present moment.”

This common belief leads veterinarians to strongly advocate for quality of life, including, for example, pain relief for dogs during surgery, she explains.

But not all veterinarians and animal behavior specialists agree that dogs don’t have a sense of time. In fact, Katherine Pankratz, a board-certified veterinary behaviorist, thinks the idea is actually somewhat flawed. “They have an understanding of time intervals and the differences between a short duration and a long duration.”

Some dog owners would probably agree. After all, it’s not uncommon for dogs to wake up and wait by the door or window shortly before their human comes home.

A 2011 study found that dogs “are affected by the length of time spent home alone,” although researchers could not confirm whether the dogs were aware of how long they had been left alone.

But it gets trickier when we compare the general sense of time in a dog’s mind to our precisely calculated human clocks. As Pankratz notes, we can’t really ask them if they understand time as we do.

Shapard thinks dogs have a sense of time, but not in the numerical way that humans tend to think.

“The concept of time itself is man-made, so I don’t believe dogs have the same understanding of time that we do,” Shapard says, though she adds that dogs can have an “intrinsic” understanding. “time, based on their internal clock.

Bonk agrees, stating that “dogs have an internal clock that depends on natural circadian rhythms, hormonal fluctuations, etc.” Circadian rhythm refers to changes in the body that correspond to a 24-hour cycle – humans have them too.

This internal clock signals your pup to ‘tell the time’ in a way that lets him know when dinner is served or when his owners are coming home,” Bonk adds.

Going further, Pankratz says environmental cues — like the presence of light — “set” an animal’s biological clock. Known as “zeitbergers,” these signals can also help your dog understand the passage of time.

“Animals, including dogs, have a sense of time.”

High frequency rhythms and changes in heart rate can occur in dogs for 30 minutes or less, while longer “ultradian” rhythms – such as changes in body temperature or feeding – occur over “times less than 24 hours,” says Pankratz. .

Recent scientific research also supports the idea that dogs have a more concrete understanding of the weather than we might realize.

A 2018 study in mice supports the idea that mammals — including dogs — can likely distinguish discrete time periods. Daniel Dombec, a North West researcher who co-authored the study, said in a press release that their study confirms that “animals do have an explicit representation of time in their brains.”

Can I help my dog ​​understand how long I will be away?

“As far as we know, dogs don’t use wristwatches to tell when it’s 1:36 p.m. and they have a meeting they need to attend,” Pankratz jokes.

But his comment shows real concern: we can’t just tell our dog we’ll be back at 6:30pm – they have no understanding of the human construction of time on this. very specific level.

So how can we communicate to our puppies how long we’ll be away without them worrying?

Bonk stresses the importance of sticking to a routine. “Try to leave and come home at the same time every day so they can wait for you,” says Bonk.

Short rides, such as quick runs, are okay, but they should be “short enough that it doesn’t really matter.”

Pankratz agrees, adding that predictable routines can help reduce anxiety. So if your dog usually expects you to leave once during the day for work but unexpectedly leave for a night out with friends, this can make your pup nervous.

Dogs are ready to associate certain signals with the departure of humans, such as putting on a jacket or shoes. We can use these cues to help signal to our dogs how long we will be away. For example, a suit and tie might indicate you’re going for a long day at work versus running sneakers which will indicate a short outing to your pup.

“You can use a ‘safety signal’ as a special phrase – ‘I’ll be right back’ – before a short start and a different phrase to signal a different type of start,” adds Pankratz.

Although she insists that you should “avoid the temptation to ‘trick’ the dog into mixing up these safe signals later”, as this can weaken the effect of the signals and confuse your dog. A common example of this – not recommended – trickery occurs when owners tell their pets they’re going for a “walk”, only to drag them to the vet.

For dogs with separation anxiety, Shapard suggests that working with a dog trainer or veterinary behaviorist can help you come up with enriching activities to ease your pup’s mind “in times of separation,” similarly. that veterinarians provide painkillers to dogs experiencing discomfort or pain.

Pankratz agrees, suggesting that affected dog owners should speak with a veterinarian, who may recommend further consultation with a board-certified veterinary behaviorist.

Humans aren’t telepaths, but we can help our pups thrive, despite the inevitable passage of time.

More than 20 pets made it safely to Oshkosh event