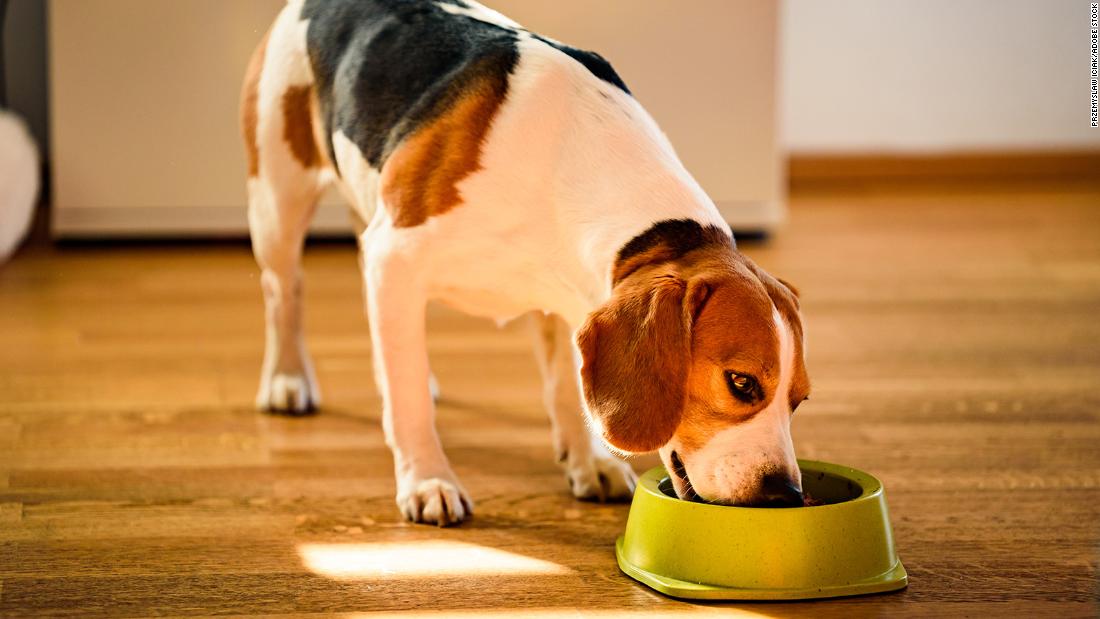 How to Protect Pet Bowls From Bacterial Contaminants

By Marie Patten Last updated Apr 10, 2022
Share
There have been several disease outbreaks in humans following exposure to E.coli– and salmonella-contaminated dog food, which has been more likely in commercial and homemade raw food diets. These diets typically involve the need to prepare pet food in the kitchen, according to one study published Wednesday in the journal PLOS ONE.
But guidelines on how owners should safely handle pet food and dishes are limited, and their effectiveness is unclear. The authors of the new study therefore investigated the eating habits of dog owners and analyzed the impact of the United States Food and Drug Administration. hygiene protocols on contamination of dog food dishes.

In casual conversations between veterinary nutritionists, “we realized that when it came to our own pets, we all had different storage and hygiene practices,” said co-author Emily Luisana. of the study and veterinary nutritionist for small animals. “Once we realized the (FDA’s) recommendations were relatively unknown, even among professionals, we wanted to see what other pet owners were doing.”

Luisana is a member of the Veterinary Advisory Board of Tailored, a dog food company run by pet nutrition experts. Caitlyn Getty, another study co-author, is the Scientific Affairs Veterinarian for NomNomNow Inc., a company focused on pet gut health and adapted foods. Neither company funded this study and the authors reported no competing interests. The study focuses on owners’ handling of any dog ​​food, not the food brands themselves.

Researchers found that 4.7% of 417 dog owners surveyed were aware of FDA guidelines on pet food handling and dishwashing hygiene – 43% of participants stored dog food outside less than 1.5 meters from human food, 34% washed their hands after eating and 33% prepared their dog food on preparation surfaces intended for human use.

Fifty owners (out of a total of 68 dogs) participated in an approximately eight-day bowl contamination experiment. The authors swabbed the bowls for bacterial populations, known as aerobic plaque countthen divided the owners into three groups: Group A followed FDA advice, which included washing hands before and after handling pet food, not using the bowl to scoop food , wash bowl and pick up utensils with soap and hot water after use, dispose of uneaten food in a designated manner, and store dry pet food in its original bag.

Group B had to follow FDA food handling advice for pets and humans, which also required hand washing for at least 20 seconds with soap and warm water; scrape food from dishes before washing; wash dishes with soap and water above 160 degrees Fahrenheit (71 C) for at least 30 seconds, dry thoroughly with a clean towel, or use a National Sanitation Foundation certified dishwasher for washing and drying.

Group C received no instructions, but were told when the second swab would take place.

The practices followed by groups A and B resulted in a significant decrease in contamination of food dishes, compared to group C, according to the study. Dishes washed in hot water or in the dishwasher show a decrease of 1.5 units on the contamination scale compared to those washed in cold or lukewarm water. The United States Centers for Disease Control and Prevention Cleaning and Sanitizing Program guidelines for human dishes are based on achieving a 5 log reduction in bacterial counts,” the authors wrote. A reduction of 1.5 log is equal to a 90% to 99% reduction in microorganisms; a 5 log reduction means that 99.999% of the microorganisms have been killed.

Contamination of Group C boluses increased between swabs. None of the Group C owners had washed their dogs’ bowls in the approximately eight days since the authors collected the first bacterial sample, “even though they were advised that FDA guidelines existed and the bowl would be sampled again,” Luisana said.

“It shows that awareness of current recommendations is not enough on its own,” she added.

Reduce the risk of contamination

The authors said they believe this education is especially important for vulnerable populations, such as immunocompromised people.

Pet food dishes ranked among the most contaminated household items, sometimes even having bacterial loads close to those in the toiletsaccording to studies published over the past 15 years.

“Our study shows that pet owners look to their veterinarians, pet food stores and pet food manufacturers for information on pet food storage. and hygiene guidelines,” Luisana said. Pet food companies that study their foods both under laboratory conditions and in home environments, then provide storage and handling recommendations on labels or websites, would be a good start, a she added.

More studies on the implications are needed, but Luisana said she hopes pet owners and veterinarians will use the results of this study to examine the impact that food hygiene might have on health and behavior. happiness of animals, immunocompromised people and zoonotic diseases, those that spread between animals and humans.