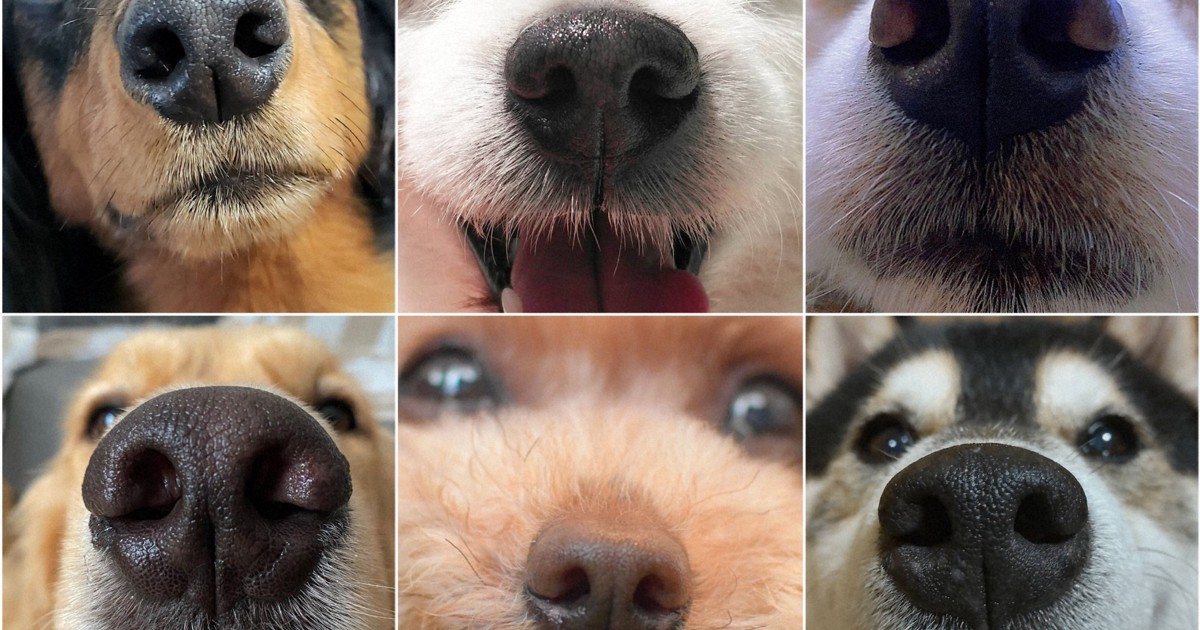 FUKUOKA — A venture capital firm in Japan’s capital is calling on dog owners across the country to register their canines’ nose patterns with a smartphone app to help locate their missing pets.

Each dog has a different nose pattern, and Tokyo-based S’more Co. focused on this feature when developing the new app. With this system, artificial intelligence analyzes muzzle patterns to identify individual pooches, and the app notifies owners of the whereabouts of their lost pets.

Many owners and pets are separated during incidents such as disasters. The app is expected to become a tool to prevent owners from losing their dogs, and the developers are calling on more dog lovers to register their pets as more registered dogs improve identification accuracy.

Like human fingerprints, the nose patterns of dogs and cows do not change even as they grow and they are identifiable. Therefore, the patterns of the cattle’s noses were used as proof of the mark of beef. The app uses technology to identify dogs by their muzzle, hence the name “Nose ID”. The test version of the app was released on May 21.

Users can record their dogs by taking a nose video with a smartphone. Meanwhile, if someone finds a lost dog and uploads a video of their nose to the app, they can match the registered dog. By using the AI ​​deep learning function, the more records, the more accurately the system will work. When the patterns on a dog’s nose match, the person who found the animal and its owner can exchange messages anonymously.

The idea was sparked by a S’more founder’s fear of losing her dog. When a fire alarm went off in 31-year-old Qingyan Han’s apartment building late at night two years ago, she grabbed her pet and ran away from home. Luckily there was no fire, but she was overcome with fear that her pet might have fled in a panic if she had lost her grip for even a moment.

During the Great East Japan Earthquake in 2011, there were a number of reports of missing pets in the city of Sendai shortly after the disaster struck the area, and many between them never came back. Every year in Japan, there are countless cases of pets being lost even outside of disaster times, and around 25,000 dogs across the country have been taken in by facilities such as animal care centers during fiscal year 2020 because their owners could not be found.

Although a revision to the Animal Welfare and Management Act came into force in June 2022, making it mandatory to microchip pet dogs and cats so that owners can be traced, only a few facilities such as public health centers have microchip information readers. . Han came up with the idea to develop the app because she thought, “It would be convenient if owners could easily refer to the information.

S’more also plans to implement a feature to send notifications to other app users in designated areas. Co-founder Satsuki Sawashima, 32, emphasized how helpful this will be, saying, “People will be able to quickly search for their dogs in these areas.”

The company collected data on some 4,000 dogs mainly in the capital region and the Kansai region in the west of the country to improve the accuracy of dog identification. Although little data has been collected in the Kyushu region of southwestern Japan, the municipal government of Fukuoka has adopted the S’more program with the aim of solving social problems using cutting-edge technologies. , and since April, officials have been jointly calling on area dog lovers to sign up with the app.

The Nose ID app can be downloaded for free. Sawashima said, “Users can easily register with the app on a smartphone, and by scanning a nose, they can be ready just in case. In the future, we would like to centralize information such as vaccine certificates and health management.

Are you a toxic pet parent? Here’s how you can stop being one

Here’s Why I Think Hilan (TLV:HLAN) Might Be Worth Your Attention Today