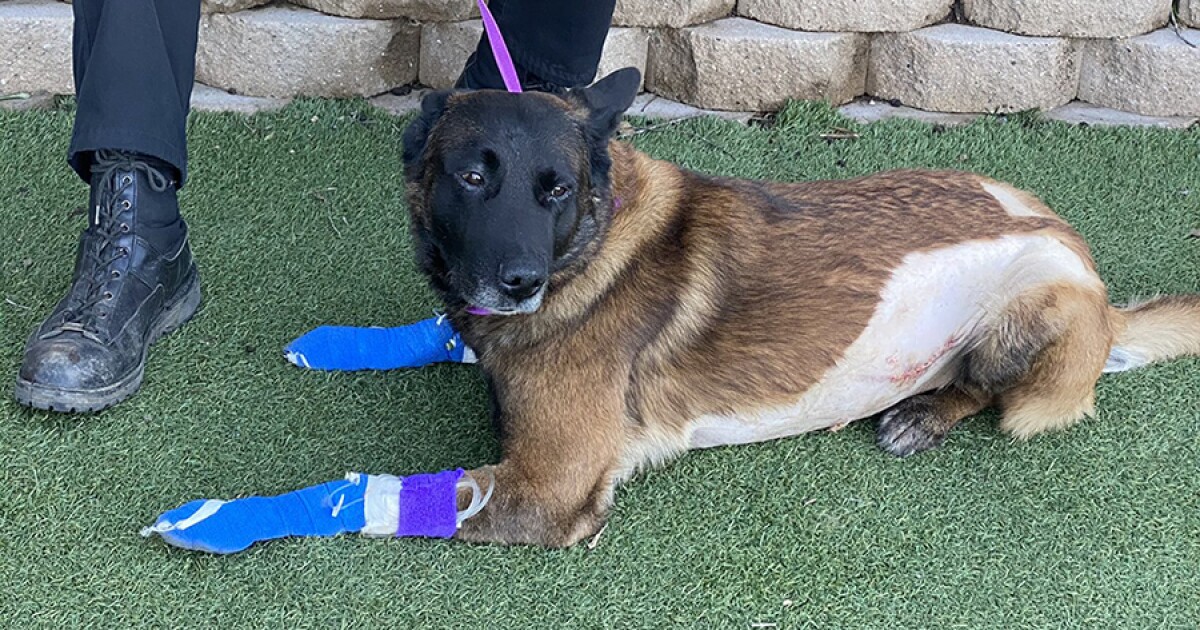 SAN DIEGO (KGTV) – A man who allegedly stabbed a K-9 police officer in January was arrested on Friday after police said he stabbed a second police dog.

San Diego Police said Dedrick Jones, 35, was approached by officers responding to a vandalism call on the 3700 block of Riley Street on the morning of December 17. When officers arrived they said Jones was “wielding a knife”.

“Despite officers’ efforts to defuse the situation, Jones refused to cooperate and climbed into a parked car,” police said. When Jones approached the officers with the knife, authorities used “less lethal tools in an attempt to avoid the use of lethal force.”

â€œThis included the deployment of Canine Hondo. Jones stabbed Canine Hondo at least twice before officers could take Jones, who was still armed with the knife, into custody, â€police said.

According to the department, this is the second time Jones has stabbed a police K-9. In January, Jones was armed with two knives and stabbed the K-9 Titan after a standoff of several hours, police said. Jones then pleaded guilty to the felony of animal cruelty and assaulting a police officer and was sentenced to one year in prison, but was released in June due to “prison credits for time spent in jail “.

â€œOur system needs to do a better job of holding violent offenders accountable,â€ said Police Chief David Nisleit. â€œIt is ironic and tragic that the man who had the nerve to stab a police dog in January committed the same crime a few months later. This suspect must be prosecuted with all the rigor of the law so that he does not have the possibility of causing further harm. “

Hondo was treated at a veterinary hospital in San Diego and is expected to survive.

Jones was arrested for animal cruelty, assaulting a police dog, assault with a deadly weapon, criminal threats, resisting an officer with threats or violence, and vandalism.

Pet Adoption: 52 Cats and Kittens Lovingly Known as ‘Christmas Cats’ Rescued from Amateurs in Pasadena in Search of New Home

Warning to ‘watch out for illegal puppy sellers’ in Brighton