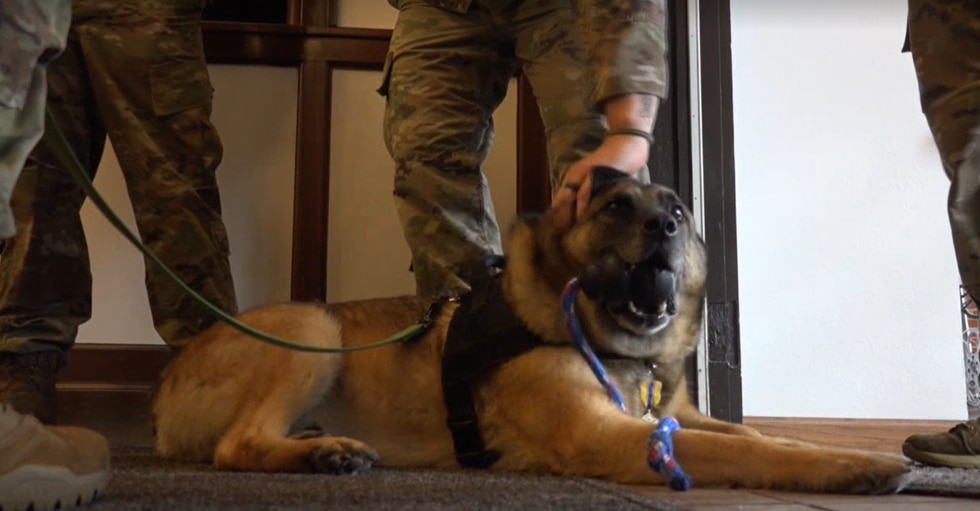 CHEYENNE, Wyo. (Wyoming News Now) – A dog may be a man’s best friend, but it’s also his most trusted protector, and on Thursday the Army held a ceremony to celebrate one of their own.

Retirement is a centuries-old tradition within the military, which extends to their military working dog unit and a dog named Lord.

Servicemen gather at the FE Warren Theater to honor this special dog.

“Any time we manage to retire a dog from military service, it is a special event. We treat them because they are military, just like us. We treat them with the same dignity and respect as our own military and that includes this retirement ceremony,” said Major Keil Luber, commander of the 90th Security Force Squadron.

This military working dog has dedicated 75% of his life or 9 years to the Air Force. Respect his patriotic duty to protect our freedoms and ensure the safety of the military and the public.

“The Lord has faithfully served his country. We’re going to give him a very happy retirement, with lots of treats and lots of tummy massages. And make up for all those hard years of life he had as a military man,” said Bill Barrington, director of logistics, 20th Air Force.

This dog was finally able to put on his leash and say goodbye to his dog and military companions, during a retirement ceremony in honor of his service.

“He is now officially retired. He will be able to feast on good juicy steaks. Lots of attention and the couch of life,” said Security Sergeant Trey Perkins, trainer and supervisor of Security Canine Forces.

His new family joined him as he prepared to take his well-deserved retirement.

“We are so proud to be his forever family. Our military working dogs are an essential part of our mission. The entire team of advocates who help manage the dogs and the dogs themselves perform an essential mission for our nation. We are so proud to have someone like Lord in our family now,” said 90th Missile Wing Commander Col. Cathy Barrington.

Today’s ceremony shows that dogs continue to be man’s best friend, not just in the military and the workforce, but in life.