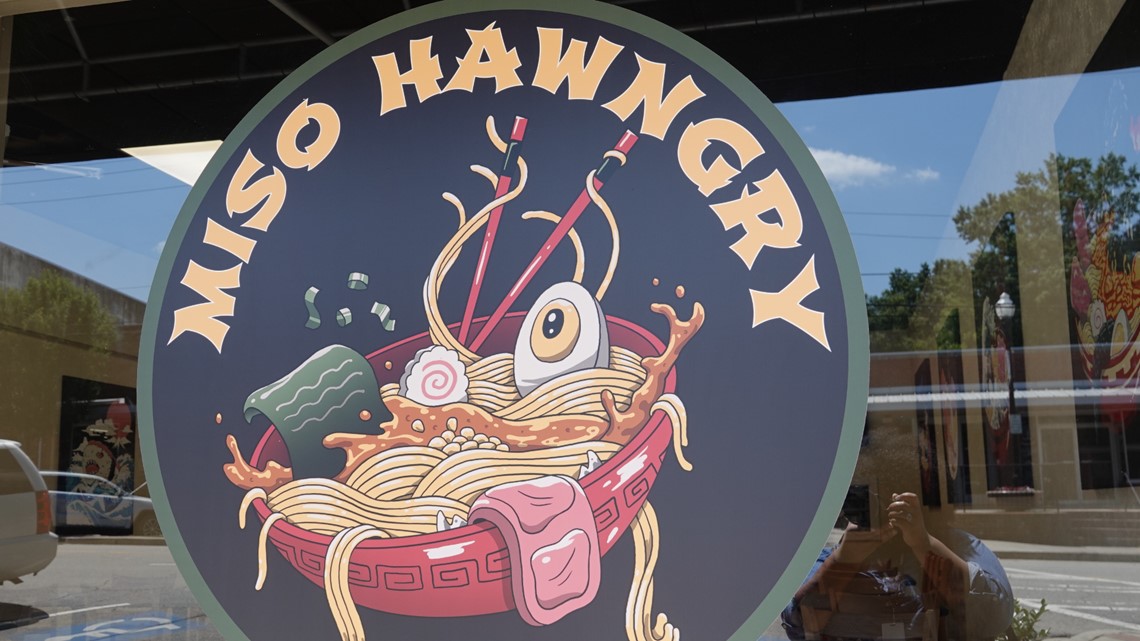 The menu will feature traditional ramen with tonkatsu, rolled pork, creamy broth and vegetables, but there will also be new dishes like pork bao.

MILLEDGEVILLE, Ga. — Are you hungry? A new restaurant in downtown Milledgeville hopes to please you.

Miso Hawngry is owned by Amy Mcdade, who is no stranger to owning a business, but a restaurant was a new venture for her.

Mcdade owns a dog grooming shop and when the space next to hers was available for rent, she says she owned the restaurant started as a joke but became real.

“I love to cook. I’m happiest when I’m chopping vegetables, cooking, doing this, that and the other,” she said.

Mcdade spent time trying to figure out the best way to use the space, and his teenage sons gave him the idea to make ramen.

Over the past year, she’s been out eating ramen, talking to owners of other ramen shops, and learning how to make Miso Hawngry something special and new for the community.

“I guess I wanted to make an unknown object more accessible to people who don’t know it,” she said.

The menu will include traditional ramen with tonkatsu, rolled pork, creamy broth and traditional vegetables, but there will also be new items like pork bao and a bowl of super spicy Godzilla ramen.

There will also be dishes inspired by Chinese and Japanese culture.

“Everything in ramen has a reason, you know? The textures and the tastes and the colors and all those things mean something… The ramen is just beautiful the way it’s presented and it’s so delicious when you eat it,” Mcdade said.

Miso Hawngry will have a soft opening this weekend (June 18-19) and plans to open during summer hours next Thursday (June 23). Their summer hours will be Thursday through Saturday from 11 a.m. to 9 p.m.

They plan to have a bigger grand opening in August. They are located at 120 N Wayne St.