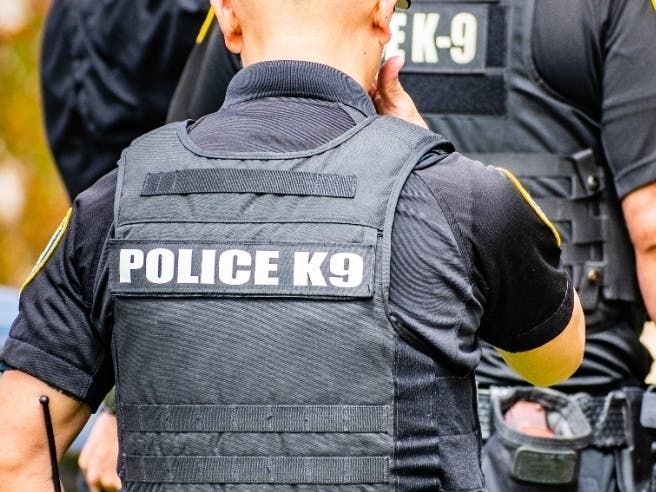 MONTGOMERY TOWNSHIP, PA – A recently deceased K9 dog who worked for the township police department was honored this week by county sheriff’s deputies for his career in explosives detection.

The Montgomery County Sheriff’s Office bomb squad stopped by the Montgomery Township Board of Supervisors meeting last Monday to recognize the dog “Cody”, who died in January.

Cody, who had worked for the Montgomery Township Police Department for eight years, was nine at the time of his death. He had been associated with manager Joe McGuigan.

“Our K9 unit has trained many times with Officer McGuigan, K9 Cody and members of the Montgomery Township K9 unit,” said Cpl. Trevor Keller said in a statement. “They assisted our department on numerous bomb sweeps when called upon.”

During the supervisors’ meeting, McGuigan received a plaque and award recognizing Cody’s decade of exemplary service to the township and the community at large.

Cody was a patrol and explosives detection dog who received numerous certifications and commendations during his career with the Montgomery Township Police Department.

The department has not released a cause of death for Cody, saying only that the dog died suddenly.

To request removal of your name from an arrest report, submit these required elements for [email protected]