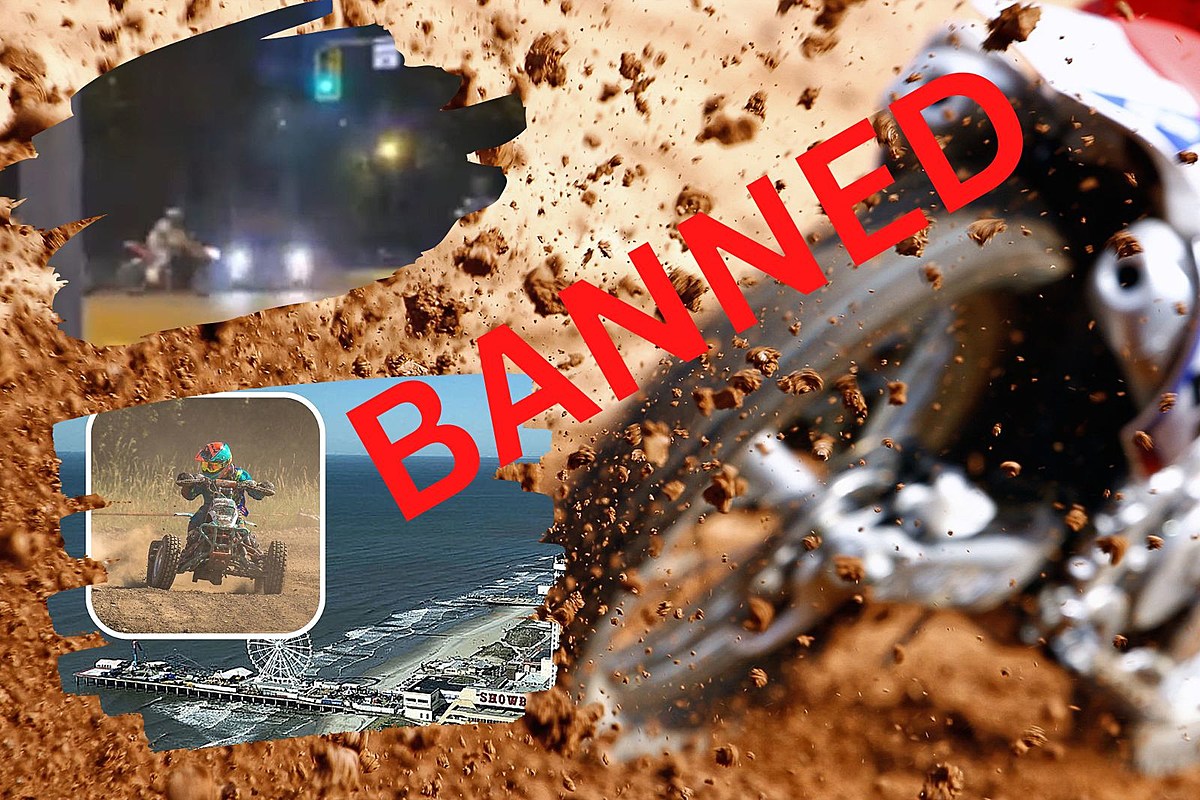 A growing number of New Jersey cities are cracking down or outright banning ATVs and dirt bikes.

Mayor Andre Sayegh announces a ban on “ATVs, dirt bikes, minibikes and snowmobiles” on all public property in Paterson, including all streets and sidewalks.

“Illegal vehicles have caused multiple injuries and deaths over the years in Paterson,” Sayegh said in a statement.

Violators of the new order will have their vehicle confiscated and subject to forfeiture and fines of up to $2,000.

Jersey City passed a similar ban earlier this month after groups of ATV and dirt bike riders were seen weaving through traffic and speeding down local streets.

Despite a ban in Atlantic City, ATVs remained a problem.

City Council passed an additional ordinance last week that would fine gas stations $500 if they refuel ATVs and dirt bikes that are driven into the station. They also banned self-storage facilities from storing vehicles and ordered those facilities to evict all tenants who currently have ATVs on their property.

It is illegal to drive off-road vehicles on paved roads and streets anywhere in New Jersey, but incidents are on the rise.

There have been repeated reports of packs of ATVs, often driven by young people, suddenly roaring down a city or town street or boulevard, causing other drivers and pedestrians to panic. Often, as quickly as they appear, off-road vehicles then turn into a side street and disappear before the police can respond to the scene.

In August, Assemblyman Don Guardian R-Atlantic proposed a measure that would make it easier for police to track down rogue ATV riders after reports of vehicles causing trouble in Atlantic City, Pleasantville and other parts of the state.

Environmentalists say they also cause problems when used off-road as they illegally roar through forests, wetlands and other environmentally sensitive areas, causing all manner of serious damage and disrupting the peace.

In July, the New Jersey Department of Environmental Protection spokesperson said the DEP “continues to work on its plans for proper vehicle access in the Wharton State Forest, building on on the common ground shared by the various user groups who wish to see forest resources protected Once completed, these efforts to define vehicle access will serve as a model for other protections of state-managed lands in the Pinelands.

Eric Scott is the senior policy director and anchor of New Jersey 101.5. You can reach him at [email protected]

These are everyday expressions that only someone from New Jersey would understand. What else should be on this list?

Each state in America and its favorite type of cereal…

Is the breed of your faithful pup on the list? Read on to see if you’ll be bragging to the neighbors about your dog’s intellectual prowess the next time you walk your fur baby. Don’t worry: Even if your dog’s breed isn’t on the list, it doesn’t mean he’s not a good boy – some traits just can’t be measured.