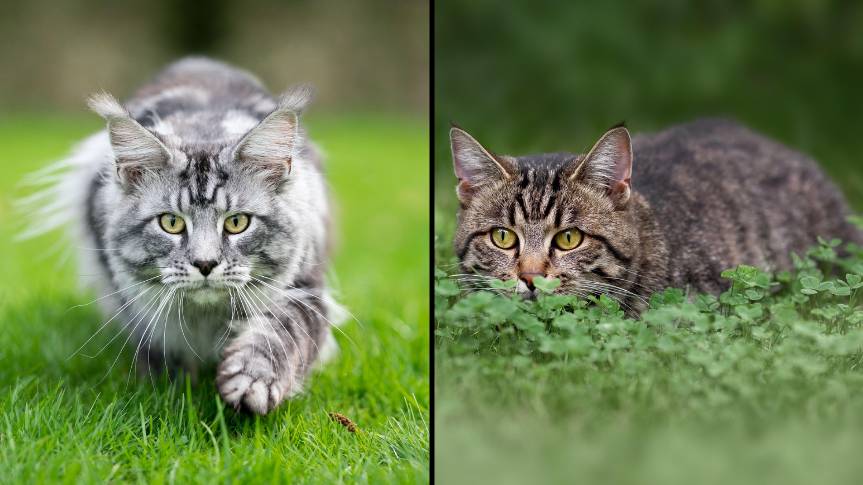 A new study has suggested that pet cats kill up to 270 million animals a year in the UK alone.

Researchers from the University of Reading and Royal Holloway University in London imagined the problem could have a major impact on the local environment and even suggested restricting cat access to certain areas.

The study found that suburban cats living on the edge of green spaces kill an average of 34 animals a year each, while those in more densely populated suburbs kill about 15 animals each.

Unfortunately, that cute little bell around their collar was no prey deterrent, with these cats reporting the most kills.

A seriously effective hunt, given that the bell would reveal their location.

“They’re fed by their owners and given veterinary care so you can think of them as mini super predators.”

The study claimed there were around 9.5 million owned pet cats in Britain and noted that the mere presence of cats could have a devastating impact on other animals in the region.

Even when cats do not directly kill other animals, these animals are programmed to modify their behavior, either by reducing feeding to eliminate the risk of attack, or by remaining vigilant and leaving a nest unprotected.

Cats are also believed to carry potentially harmful diseases that could be transmitted to other wild animals.

Researchers tracked the movements and amount of prey killed by 79 cats living in Berkshire and Hampshire for a year.

The results were published in the journal Landscape and Urbanism, with the team’s conclusion: “A simple extrapolation based on the predation rates found in this study suggests that the 9.5 million pet cats in Britain could be killing around 160-270 million prey per year.”

They added: “Domestic cats bring great joy and companionship to their owners, with benefits for mental health and well-being.

“But they also cause the loss of tens of millions of animals every year through predation, which in some cases can go beyond animal welfare concerns and become conservation issues.”

The study also concluded that leaving pets food did not deter them from seeking prey.