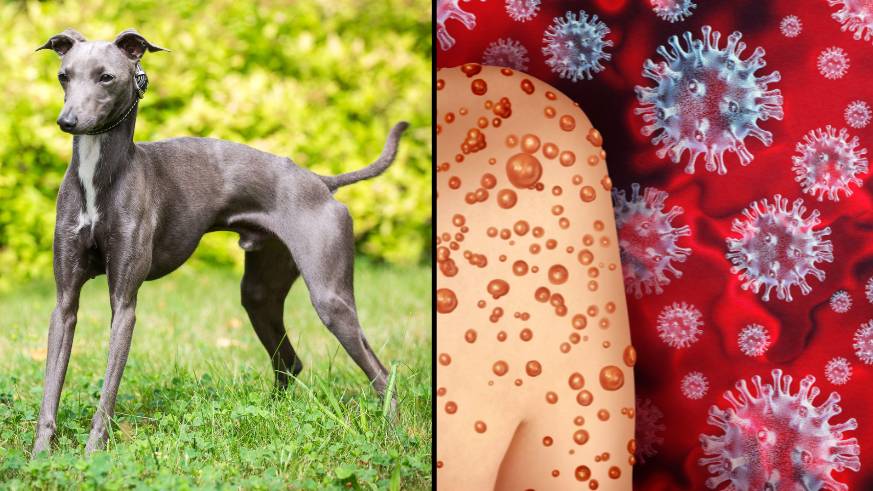 A dog in Paris has become the first recorded pet to contract monkeypox after sharing a bed with its owners, who also had the virus.

According to Telegraphthe two homosexuals, who were not monogamous, developed symptoms of the highly contagious disease in late June.

Both men had to be hospitalized, where doctors identified their wounds as being caused by monkeypox.

Twelve days after the two men were admitted to the Pitié-Salpêtrière University Hospital in Paris, their pet dog developed similar lesions when he was previously in excellent general health.

According to a peer-reviewed medical journal The Lancet, the Italian greyhound underwent PCR and genetic sequencing, with scientists finding the lesions on the dog matched 100% to the strain that had infected its owners.

“Our findings should spark a debate about the need to isolate pets from monkeypox virus-positive individuals,” said the medical journal said.

“We call for further investigation into secondary transmissions via pets.”

The virus can cause high temperature, headache, muscle aches, back pain, swollen glands, chills and exhaustion. A rash usually appears about one to five days after the first symptoms appear in the body.

The rash, which is sometimes mistaken for chickenpox, begins to appear as raised spots before turning into small, fluid-filled blisters.

The blisters will eventually scab over before falling off.

The virus can be transmitted by coughing and sneezing from someone with a rash, by sharing clothes, bedding or towels used by an infected person, or by touching monkeypox blisters or scabs – including during sex.

The UK Health Security Agency’s chief medical adviser, Dr Susan Hopkins, warned in May that people of gay and bisexual orientation should be extra careful.

“Community transmission is largely centered in urban areas and we see it primarily among individuals who identify as gay or bisexual, or other men who have sex with men,” she said.

More than 18,000 cases of monkeypox have been recorded in 78 countries, with more than 70% of infections in Europe and 25% in the Americas, according to the World Health Organization.