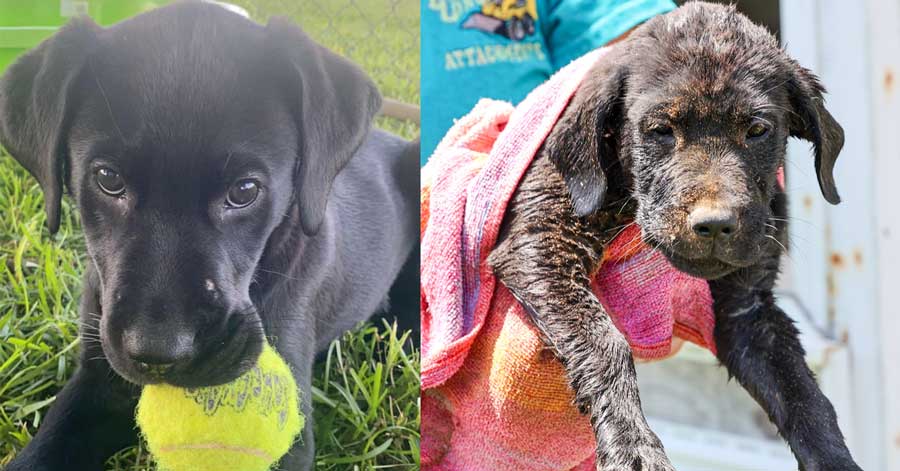 A week ago, a little pup named Bailey was rescued from a deep water-filled hole – along with a snake – under a house in Byrneville. And today, we are happy to report that she is on the road to a full recovery.

Bailey was discovered in a hole about four feet deep and located several feet below a house on Creamer Road in Byrneville. Only the pup’s nose, mouth and one paw were above the water in the hole. And there was also a non-venomous snake in the hole.

Bailey’s family tell NorthEscambia.com that she’s had several trips to the vet, but now she’s back to being herself.

On May 5, Century Fire Rescue of Escambia County Engine 519 firefighters and Century volunteers answered the call to help Bailey. ECFR Lt. Scott Hunsucker was able to reach the hole and use a broomstick to wrap a rope around the pup. Using a special mask, oxygen was administered to the cold and shivering pup and she was wrapped in a blanket before being reunited with her family.

Residents believe Bailey was in the hole for several hours before she was discovered.