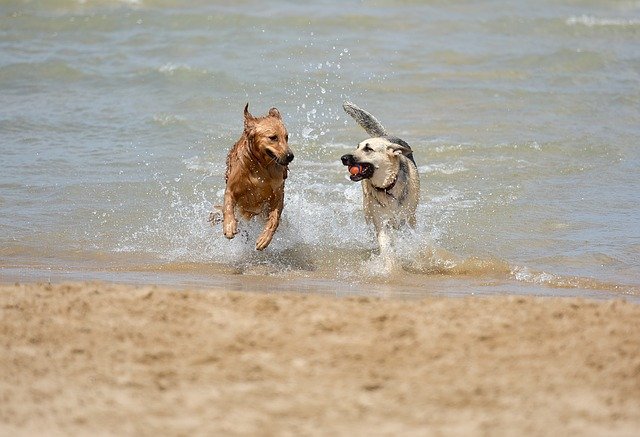 – Local residents express concern about a possible canine flu outbreak in San Luis Obispo County. Several readers have called the Paso Robles Daily News to ask about canine flu. Part of the concern is based on reports from Los Angeles County where 279 confirmed and 120 suspected cases of CIV H3N2 were reported between July and September 22, 2021.

Wiest said his clinic had not seen a case of canine flu for a few years. Ramos said his veterinary hospital had seen three confirmed cases in the past month and 20 to 25 suspected cases. “Normally we don’t see this disease here,” Ramos said. Both vets said canine flu is most commonly seen in dogs that have been boarded, in dog day care centers, in dog parks, or in other situations where dogs come in close contact with other dogs.

“This disease is endemic in the Los Angeles area,” Ramos said. Wiest said, “We are on the travel corridor between Los Angeles and the Bay Area, although few cases are reported up there.” Visitors from outside the region who travel with their dogs visit beaches, dog parks, walk their dogs and sometimes breed locally. A friendly sniff between an uninfected dog and an infected dog might be enough.

“If your dog has been in contact with other dogs, keep an eye out for symptoms,” Wiest said. “We don’t see a lot of cases here because we’re not as densely populated as Southern California or the Bay Area and South Bay areas.”

Dogs that have contracted canine flu show symptoms within approximately 14 days of contact with an infected dog. Symptoms include:

Some dogs may show only a few symptoms or none at all. “Most dogs recover,” Ramos said. “Those who usually don’t have underlying health issues. A visit to the vet is a good precaution any time your dog seems to be a little deviated from his normal behavior.

“It is a recommended precaution to have your dogs vaccinated against viruses,” said Wiest, “especially if you are going to be keeping a kennel or taking your dog to the beach or to dog parks.” Ramos said he was sure to request the bivalent H3N8 / H3N2 vaccine.

An infected dog can only be vaccinated 28 days after the last clinical sign. But healthy dogs can be vaccinated anytime, and especially before spending time in the daycare or kennel. “Some local kennels are starting to require the vaccine,” Ramos said.

The vaccine is given in two doses, with the second booster dose following the first two to four weeks. If you plan to travel with your dog or board him while you are away, contact your vet to start the vaccine as soon as possible.

Additional resources for more information besides local vets are:

About the Author: Journalist Jackie Iddings

Jackie Iddings is a journalist and contributing photographer for the Paso Robles Daily News.

Dog daycare problem: is it the concern of Canine Kerfuffle Court? Or the one in…