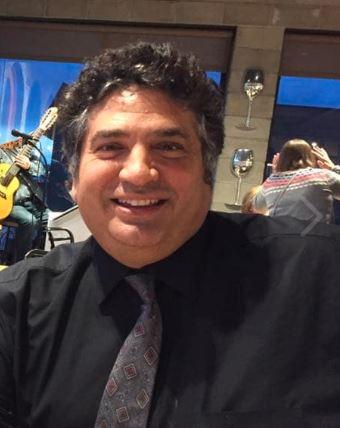 St. Clair Shores City Council is expected to vote on an ordinance to protect pets at its next meeting.

The proposal, introduced by Councilor David Rubello on Monday, would ban retail pet stores from selling dogs and cats as a way to crack down on puppy mills. The Humane Pet Stores Ordinance was brought to the attention of Rubello and Mayor Kip Walby by Molly Tamulevich, Michigan State Affairs Director for the Humane Society of the United States.

City Attorney Robert Ihrie recommended that the ordinance, which has been adopted by more than 400 cities nationwide, be incorporated into the existing St. Clair Shores “animals and poultry” ordinance. Ihrie was tasked with revamping the language of the original Humane Society ordinance to better fit the existing laws of St. Clair Shores. He expects the revised ordinance to be ready for the February 22 council meeting.

Currently, there are no pet stores in St. Clair Shores that sell dogs or cats. Pet stores that allow animal shelters to hold adoption events in their retail space would not be affected by the proposed change.

“If we’re going to adopt this, now is a good time to do so because we currently don’t have any companies doing this and we’re not taking anything away from a company that is already doing this,” Ihrie said.

Rubello, who is a strong supporter of animal adoption, said putting the ordinance in place would prevent any puppy mill activity from coming to town in the future.

“No one is doing this at the moment, but it’s a preventative measure because we don’t know what will happen in the future,” Rubello said. “Puppy mills are bad and pet stores are probably their biggest customers, so if we can cut off their customers, it will drastically reduce what puppy mills do.”

Possible changes to the prescription template provided by the Humane Society that were discussed were expanding the prescription to include rabbits and ferrets; making the first violation of the order a civil offense and a second violation a misdemeanor; and language changes, including the definitions of a pet store and animal shelter.

“I think the support for this is there,” said Councilman Chris Vitale. “It’s something Dave (Rubello) has been passionate about ever since he came back to the Board. He got me to meet his beagles, so I know where his heart is on this and I think we’ll take action in some form, but not exactly your verbiage.

Councilwoman Candice Rusie, who said she has reviewed similar ordinances passed in other cities, was thorough as she went through the humane pet stores ordinance and noted several issues she has with her language compared to what St. Clair Shores already has in place. Rusie also expressed her opinion that she would like to get more input from the city’s animal welfare committee.

“I’m not against this idea, I just want to make sure we do it the right way and give it the attention it deserves,” Rusie said.

Councilor John Caron expressed concern that passing the ordinance as it is currently written could lead to legal problems as it prohibits the sale of dogs and cats by pet stores, but not by local ranchers or by residents.

“Dogs and cats are members of our family, but they are also property and they are bought and sold,” Caron said. “How can we tell a company that it cannot sell dogs and cats, but an individual can? That’s the problem for me and I believe it’s something that needs to be fixed by state law. If we’re going to set up an order, we have to figure out what we’re trying to solve. It’s not going to change anything or shut down the puppy mills.

“A pet, a dog, a cat, a rabbit; they’re not a box of Wheaties in a store,” Rubello said. “They are not a commodity. They are people’s pets. It’s a living thing. If you want to compare this to a box of Cheerios, it’s not fair and it’s not human.

Rusie said the city just needs to make sure all the language in the pet store ordinance matches what St. Clair Shores already has on the books.

“We don’t convey emotions, we don’t convey concepts; we pass laws, we pass words,” Rusie said. “We have to make sure that the words we pass on are going to do the right thing. We can’t just get something from an organization and adopt it without thinking about all we have.

Letter to the editor: Don’t shut dogs off public spaces in South Portland