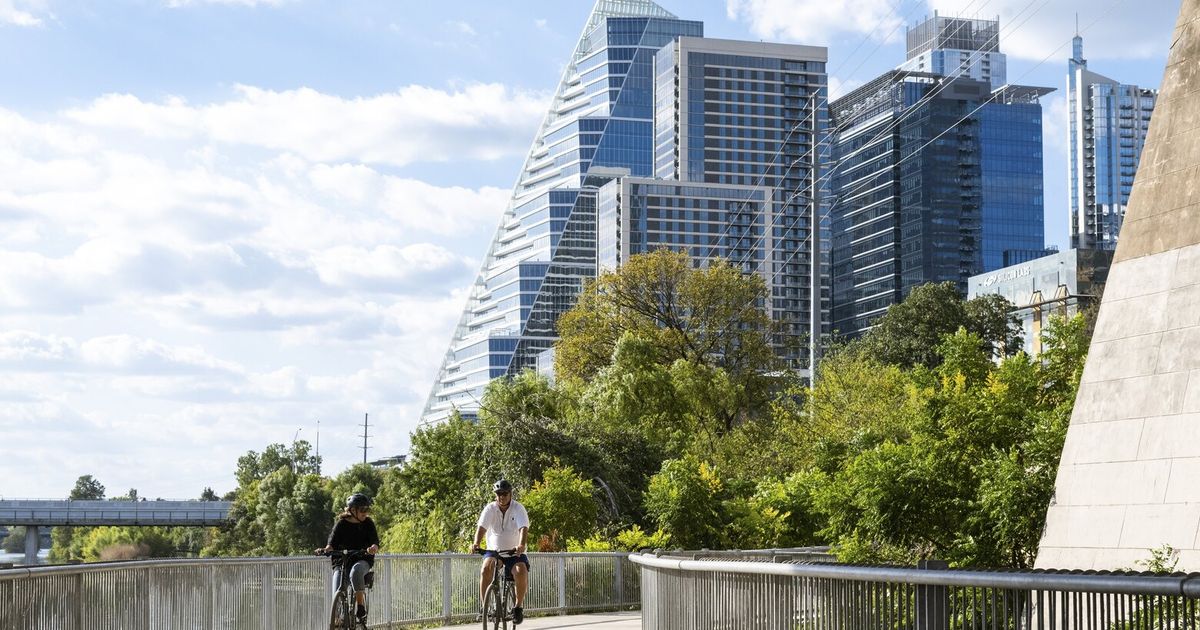 The Texas attorney general filed a lawsuit against Google on Thursday, accusing the internet company of collecting facial and voice recognition information from Texans without their express consent.

Ken Paxton, the state’s attorney general, said Google violated a state consumer protection law that requires companies to notify citizens and obtain their consent before capturing their biometric identifiers, including fingerprints, voiceprints and a “record of hand or face geometry”.

Violators of the law face fines of up to $25,000 per violation. Paxton said Google had millions of users in Texas who were potentially affected.

“Google’s indiscriminate collection of personal information from Texans, including highly sensitive information like biometric identifiers, will not be tolerated,” Paxton said in a statement. “I will continue to fight Big Tech to ensure the privacy and safety of all Texans.”

José Castañeda, a spokesperson for Google, said in a statement that Paxton is “once again misrepresenting our products in another breath-taking lawsuit.” He added: “We will set the record straight in court.”

Complaint targets Google Photos app, which lets users search for photos they’ve taken of a specific person; Google’s Nest Camera, which can send alerts when it recognizes (or doesn’t recognize) a visitor at the door; and the voice-activated Google Assistant, which can learn to recognize up to six user voices to give them personalized answers to their questions. Paxton said the products violated the rights of users and non-users, whose faces and voices were scanned or processed without their understanding or consent.

Paxton, who became attorney general in 2015, has repeatedly clashed with Big Tech companies in recent years. In 2020, his office, joined by nine other states, filed an antitrust lawsuit against Google. After the January 6, 2021 riot at the United States Capitol, Paxton sent investigative requests to Twitter, Amazon, Apple, Facebook, and Google, asking for details about their content moderation practices. This year, he opened a Twitter investigation into fake accounts.

Texas introduced its biometric privacy law in 2009, with Illinois and Washington passing similar laws around the same time. While the Illinois version of the law allows individuals to sue companies directly, Texas must sue companies on behalf of consumers. Until this year, Texas had not enforced its law.

By contrast, hundreds of class action lawsuits have been filed over biometric privacy in Illinois, including one against Google in 2016 that recently ended in a $100 million settlement.

“The biggest difference is that Illinois has a private right of action, which Texas doesn’t,” said Omer Tene, privacy attorney at the firm Goodwin. “In terms of the Attorney General’s priorities, it didn’t rank high. Maybe it will become more central now.

Paxton filed the first lawsuit citing Texas biometric privacy law in February, suing Facebook owner Meta over facial recognition he performed on photos to make it easier for users to tag people they knew. . The timing seemed odd since Meta had stopped using facial recognition for Facebook photo tagging for a decade and announced plans to delete associated facial scan data, months before being sued.

At the time, Paxton was in the final months of a competitive race against George P. Bush for the Republican nomination for attorney general, an elected office in Texas. Paxton won the primary.

The lawsuit against Meta continues. This has already had an effect for Texas consumers: they now have to allow Instagram, owned by Meta, to analyze their facial features to use certain face filters that can transform their appearance into, for example, a puppy or a wide-eyed monster. .

The legal complaint against Google was also filed in the run-up to an election. Paxton will face a Democratic challenger, Rochelle Garza, in next month’s general election.

“Google has now spent years illegally capturing the faces and voices of unconsenting users and non-users across Texas – including our children and grandparents, who simply have no idea their biometric information is being operated for profit by a global corporation,” read the lawsuit against Google, which was filed in Midland County District Court.

This story originally appeared on nytimes.com. Read it here.

Canine Companions: Helping One Pittsburgh Pup at a Time