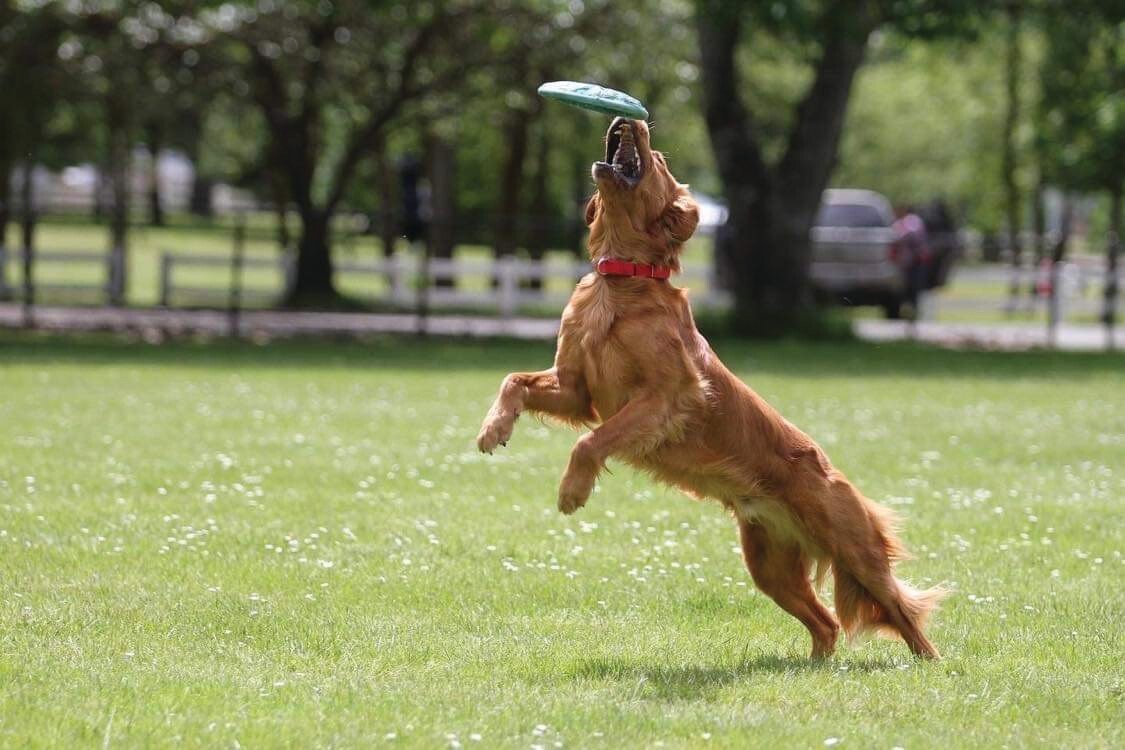 The Centralia Toss and Fetch Club has only been active for two seasons and has already seen substantial growth, with 20 on the official roster from the handful the club had at the start of its first season in March.

“I just wanted to encourage more people to compete with their dogs,” said Katella Smith, 20, founder and captain of the Centralia club.

In the K9 Frisbee Toss and Fetch World League, clubs from all over the world compete against each other. The dogs compete as a team with their handlers, who throw frisbees across the fields for their companions to catch. Dogs earn points by catching frisbees before they hit the ground.

According to Smith, the further the Frisbee is thrown, the more points a dog can earn for catching it. Dogs only earn points if they catch the Frisbee in a designated area. When throwing, the handler stands at one end of the area, which resembles a rectangle with a wide midsection.

The pitch is divided into five sections based on distance from the throwing position. The first section is closest to the launcher and spans 30 feet. Dogs do not earn any points when catching a frisbee in this section. In the second section, dogs earn one point for catching the Frisbee, with dogs earning two in the third section and three points in the fourth section. If a dog catches the Frisbee in the fifth section, they earn five points. Nowhere on the court can the dog earn four points.

There are also handicap points based on experience levels and dog size, which are awarded to allow clubs to be ranked more fairly. For example, dogs 40 centimeters or less get an extra point for each hold they make. Adding to the complexity of scoring, dogs can earn an extra half point if they catch the Frisbee while in a forward motion, rather than stopping and catching the Frisbee.

Dog teams and their handlers do not directly compete with each other.

Instead, the total number of points won by all teams in a club are added together and the clubs are then ranked. A team’s points only contribute to the club’s total once the team has entered the roster. After a competition, all club members’ scores for that competition are added together, with the total number of points reported to a Facebook page where teams around the world compare their scores.

The Centralia club is currently ranked 116th out of approximately 175 clubs worldwide, although in its division, which is based on club size, the club ranks sixth.

The Centralia Toss and Fetch Club is relatively small compared to other clubs around the world. Smith said the biggest clubs are in the Midwest, mostly because Toss and Fetch started in Ohio, where a man invented the game in 1977. The biggest club in the world is in Missouri and counts about 60 people and their dogs.

But Toss and Fetch isn’t just about competition. It is also a question of pleasure.

There is a lot of laughter during the competitions and the dogs seem to be enjoying themselves.

“The best is when they poop in midfield. It happened more than once,” said Dawn Cypriano-McAferty, one of Smith’s co-captains.

The next season begins on July 28. The season will last five weeks and the club will meet once a week on Saturdays at 6 p.m. The requirements for human and canine participants are loose. Children as young as 10 years old can participate, as can dogs of all breeds. Even puppies can participate.

And people will want to get started soon, because if things go according to plan, next September’s Washington State Championship for Toss and Fetch will be held in Centralia with clubs coming from all over the state to compete together.

How to protect pets in house fires.